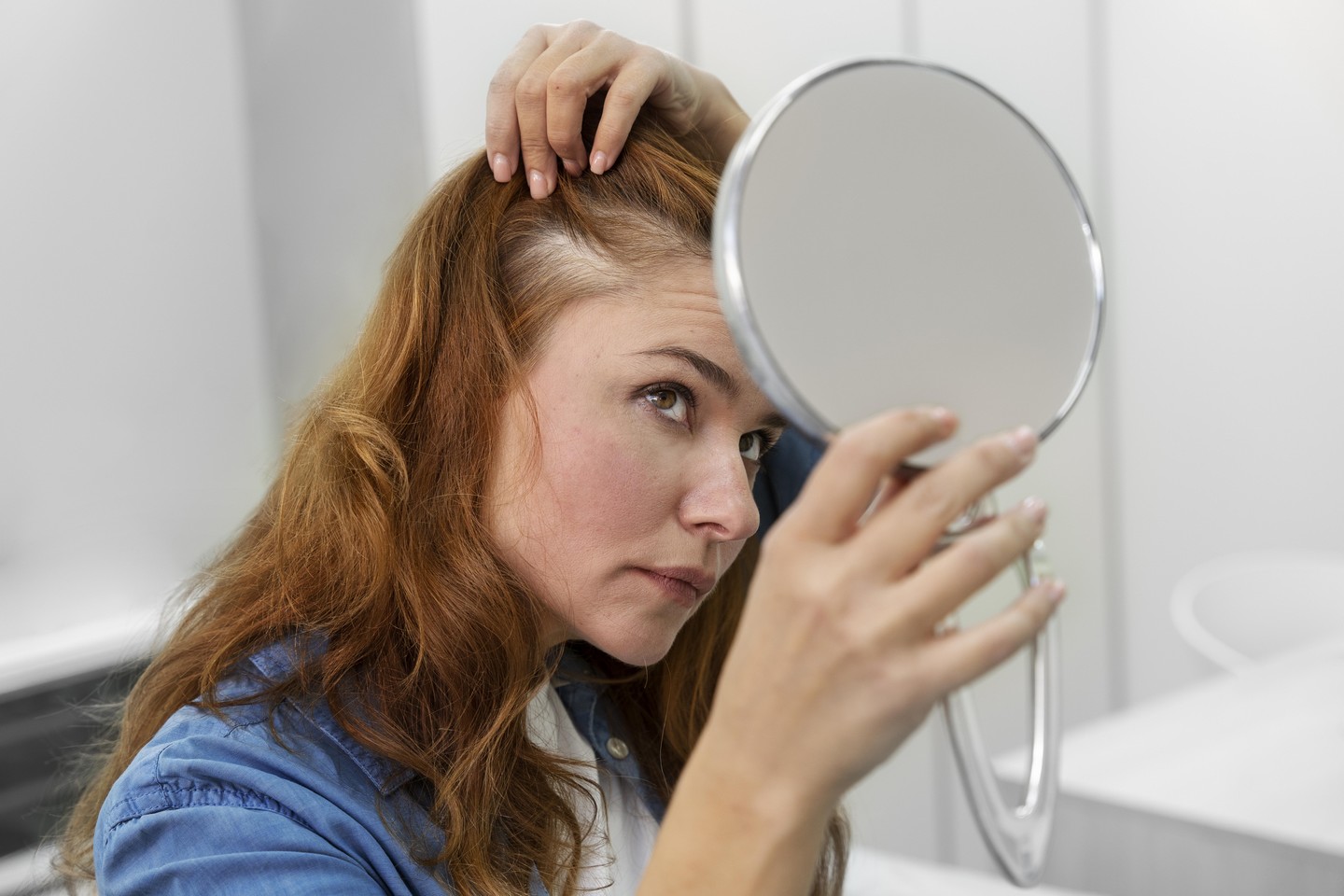 Hair loss is an unfortunate reality for many women. In fact, about 50 percent of all women will experience hair loss by age 40. The good news? There are several ways you can prevent and treat this common issue.

Hair loss in women can be caused by a variety of factors, including genetics, medical conditions, medications, and hormonal changes. The most common cause of hair loss in women is androgenetic alopecia (AGA), which is also known as female pattern baldness or hereditary hair thinning. This condition causes thinning hair on the top of the scalp and increased hair growth on the sides of your head. It affects both men and women but is more common among women than men because it’s genetically passed down from mother to daughter via X chromosomes.

If you’re experiencing any type of hair loss, the first step is to see your doctor or dermatologist so they can run tests to determine the cause of your problem and recommend treatment options accordingly. Some treatments can include topical minoxidil solutions, oral medications like finasteride (Propecia), low-level light therapy called laser therapy, or even prescription shampoos that contain drugs such as Rogaine (minoxidil).

What Is Female Hereditary Baldness?

Yes, women suffer hereditary hair loss as well and it’s time doctors and patients realize this is a common problem for which treatment, not shame, should be encouraged. We know that 15-20 percent of women will suffer enough hair loss in their lifetime as to cause a noticeable thinning. All women have both female (estrogen) and male (testosterone) hormones in their system. The loss or lowering of the protective estrogen allows the testosterone to exert its effect on hair follicles, causing a thinning (or veil effect) of the hair on the top of the scalp. Women rarely suffer from shiny bald areas and almost always only have a noticeable thinning; however, enough women reported this problem to their physicians that the classification of female pattern baldness (not unlike the male counterpart) occurred as far back as 1974.

Sometimes the first evidence of genetic hair loss in a female is the widening of her part, whether it is the center or the side. In this case the usual thin, often whitish, scalp that is normally visible expands on each side, making the part more of a zone. In general, the hairs that will become extinct are not all grouped together but are instead interspersed between active growing hairs. This is what creates the veil effect so often seen in this pattern, which allows us to see through the thinning hair.

What Role Does Testosterone Play in Female Pattern Baldness?

Women as well as men have the enzyme 5 alpha-reductase present in the scalp region. This, as with the male model, acts to convert the available testosterone to 5 dihydrotestosterone (5DHT), the culprit in genetic balding. In Japan, a researcher, Dr. Sawaya, in the late 1980’s and early 1990’s showed, however, that women have an additional protective enzyme (aromatase) that helps block the conversion of testosterone to 5DHT. Finally, in women, as well as men, there is much higher 5 alpha-reductase activity in the front of the scalp as compared to the crown region, thereby increasing the likelihood of thinning in the more noticeable frontal section near the hairline.

What Role Does Estrogen Play in Female Pattern Baldness?

The onset of female pattern baldness most commonly occurs during menopause when the woman begins to lose the “protective” effects of estrogen. But this is not the only time that it can occur. Although there may be other influencing factors, we do know that anything, be it a drug or event, that alters the protective levels of estrogens can lead to an earlier development of female hair loss. This is not unlike the stressful causes of premature male balding.

One cause of premature hair loss is birth control pills. Because hormonal balance is being immediately manipulated, permanent hair loss can and does occur. I have also seen young women who have lost quite a bit of hair after pregnancy when their hormonal balances were readjusting themselves. Although some women will go on to regrow much of their hair, many will not.

How Do Women Suffer Psychologically?

In the past women often avoided discussing hair loss with anyone but their hairdressers. Because they most often suffer from diffuse thinning, it was generally easy to disguise the problem. But women were nonetheless disturbed by it. Some women say that they feared detection because, although it was normal for men to lose hair, female hair thinning was considered unnatural, a sign of some disease process. However, women are becoming much more open about this perfectly ordinary problem.